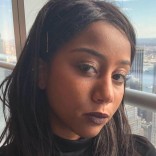 Simone Girma is an LA-based communications graduate working for NBC.…

5 Skincare Commandments Everyone with Vitiligo Must Know

At the forefront of vitiligo policy reform, community, and visibility in 2019? Activism. The art of activism takes shape in a plethora of different forms, from lobbyists and fundraisers to photographers, speakers and artists. Globally, activists are working daily to raise awareness for vitiligo – and we’re here today to make their efforts known.

Here are just a few of the vitiligo advocates raising awareness in 2019.

Having lived with vitiligo since she was just three months old, Alicia Roufs is an active advocate for the vitiligo community. Based in Minnesota, Alicia joined VITFriends in 2016 after attending World Vitiligo Day in Washington, D.C. Today she runs the Minnesota VITFriends support group and is also the marketing director of VITFriends, creating videos and social media campaigns in addition to acting as an onboarding mentor for new chapter leaders. Alicia has also been involved in lobbying efforts both locally and in Washington, D.C. in the past two years.

College junior Medha Iyer got vitiligo when she was eight years old – and she’s been advocating for the vitiligo community ever since. Medha started a vitiligo support group in the Dallas/Fort Worth area instead, hosting walkathons and informative meetings for more than five years. She also started a project called Vitiligo: A Memoir to raise awareness about mental health issues associated with having a skin condition and most recently hosted a Step Up for Vitiligo Gala.

On June 25, 2017, Lauren Reid uploaded a watercolor illustration of her vitiligo to Instagram – and waited to see what would happen. Within the hour, requests for personal illustrations started flowing in. Today Lauren is the artist behind Pigment Painter, an Instagram account that publishes watercolor portraits of those with vitiligo – and shares their stories too. Today Lauren has painted more than 57 portraits and has dozens more waiting to be done, with submissions coming in from countries around the world.

Khori was diagnosed with vitiligo at 3 years old and has been championing for acceptance, self-love, and vitiligo visibility ever since. On June 25th, 2014, Princess Khori and her mother Crainysha organized the first Vitiligo Awareness Walk. Since 2014, this annual walkathon has hosted hundreds of participants, including those with vitiligo and their allies. The annual walk is highly anticipated and covered on online platforms like Facebook and Instagram. Additionally, Princess Khori also spreads awareness as a face and model for Zanderm.

A Georgia native, Lid’ya C. Moore is an Active Duty Sailor of the United States Navy and a writer, director, and executive Producer. In March of 2018, Lid’ya embarked on a journey of self-love and acceptance: instead of hiding her beauty marks from the world, she began to embrace self-love through the production of the “BeautyMarks” film, which raises awareness about vitiligo. The film will tackle difficult yet realistic adversities that many people with vitiligo endure like bullying, abuse, domestic violence, and discrimination. The story is based on true events, offering a message of resilience, hope, and inspiration for all viewers, especially for those living in silence. Lid’ya aims to help people find their voice while igniting full courage and confidence.

After posting her “it’s called vitiligo” tattoo on Instagram in the spring of 2015, Tiffany Grant found her story being picked up by magazines like Marie Claire, Cosmopolitan and Women’s Health Magazine. Today the tattoo has inspired countless others to get the same words inked on their skin, and Tiffany runs the It’s Called Vitiligo Campaign where she shares other’s stories about life with vitiligo. Tiffany is also a contributor for Living Dappled, models for Zanderm, and also works with VitFriends as a support group leader and NIH Coalition Assistant.

As the CEO and Founder of VitFriends, Valarie Molyneaux oversees the largest vitiligo patient support network in the country. She also serves on committees with several vitiligo and health organizations including the Global Vitiligo Foundation, Vitiligo Research Foundation and the National Institute of Health (NIH). She frequently speaks at vitiligo conferences like World Vitiligo Day and shares her story about going makeup-free.

After being diagnosed with vitiligo at the age of 12, Sharon King found the courage to ignore the bullies in her life and find confidence despite her skin. That feeling prompted her to create Litty Ligo, an online community that provides support and awareness for vitiligo patients by sharing art, stories, resources and information. Empowering those with vitiligo to be “unapologetic” and live life to the fullest, Litty Ligo has expanded to Facebook, YouTube, Instagram and Twitter since its founding in 2017.

After raising her own daughter with vitiligo, Lori Mitchell dedicated her career to writing and illustrating books and helping parents of children with vitiligo deal with the condition in schools. She is most well-known in the vitiligo community for her book “Different Just Like Me,” which focuses on acceptance of differences. Lori and her daughter April also spent several years speaking in schools about how to decrease bullying by increasing conversations about diversity.

A writer and blogger with universal vitiligo, Erika Page founded Living Dappled two years ago as a lifestyle blog for women with vitiligo. Today the blog is the leading women’s online resource for vitiligo with more than 82,000 page visits a year. Erika continues to work with a team of contributors to bring expert-backed information and resources to Living Dappled’s readers and frequently speaks at national and international vitiligo events like World Vitiligo Day.

After learning to accept and love her differences, secondary school teacher Joti Gata-Aura uses her story to promote individuality in her classroom and beyond. Joti serves as a real-life role model to the youth she influences; she has conducted school-wide assemblies that advocate for self-confidence and self-assurance. In 2018, Joti stepped out of her comfort zone to further advocate for our community by taking part in the BBC3 documentary ‘MisFITS like us’ to speak about her twenty-year journey to self-love while living with vitiligo.

The Aarus Foundation was founded by Akash Tiwari to inspire self-love and acceptance for those dealing with vitiligo. Today, the foundation has successfully hosted awareness camps and seminars to educate institutes and villages on vitiligo in Kandivali, India. Akash navigates social media platforms like Facebook, Instagram, and YouTube to create content that removes stigmas surrounding vitiligo.

An Emmy Award-winning broadcaster and motivational speaker, Lee Thomas has covered the entertainment industry for more than 20 years. Currently, Lee is a film critic with the Broadcast Film Critics Association and  a weekday morning show anchor and entertainment reporter in Detroit, Michigan. Early in his career, Lee was diagnosed with vitiligo and today his story has been featured on TV, radio and media outlets through the world. Lee shared his physical and mental battle in a memoir called Turning White.

As the founder and leader of the Houston Vitiligo Awareness Movement, Diane Wilkes Tribitt works to raise awareness about vitiligo in her local community and support those with vitiligo around her. Diane got vitiligo when she was nine years old and has lived with it for more than 47 years. Today, she’s coordinating the 2019 U.S. conference for World Vitiligo Day, which will take place in Houston, Texas June 21-23.

Diagnosed with vitiligo at the age of 13, Simon Parker started one of the first well-known vitiligo blogs where he documented his journey with vitiligo treatment and the Dead Sea. In 2016, Simon became a trustee for The Vitiligo Society, a London-based charity organization supporting vitiligo. As part of his role with the society, he is working with a team to develop Skin Deep, a guided meditation app for those with skin diseases including vitiligo.

Wallace Henry joined VITFriends in 2016 to connect with others with vitiligo after being diagnosed with the condition in 2015. Today he runs the Washington, D.C. chapter of VITFriends and serves as the organization’s Legislative Lead. He is also the Patient Advocacy Coordinator for the Global Vitiligo Foundation. Wallace has coordinated past legislative visits on behalf of the vitiligo community and is currently collaborating with Congress Hank Johnson’s office to garner support for a National Vitiligo Day resolution.

A member and leader of the Detroit, Michigan vitiligo support group VSTrong, Kim Boyd is highly active in the vitiligo community. In 2017, Kim organized the U.S. World Vitiligo Day celebration in Detroit, Michigan and in 2019, she organized the first-ever patient cohort to attend the Vitiligo International Symposium. Kim also serves as the treasurer of the Global Vitiligo Foundation. 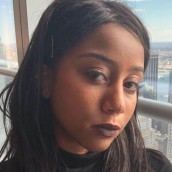 Simone Girma is an LA-based communications graduate working for NBC. She’s lived with vitiligo for ten years and has learned how to appreciate the story of her skin – something she aims to share with readers.

Litty Ligo – A Social and Advocacy Network for Vitiligo

Disease, Condition or Disorder? How We Talk about Vitiligo Matters

5 Skincare Commandments Everyone with Vitiligo Must Know