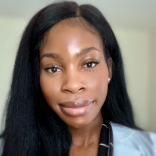 Ndidi Enwereji is a medical student from Washington, D.C. She…

7 Tips for Choosing (and Applying) the Best Sunscreen for Vitiligo

Today, there are many options available for treating vitiligo. While there’s a lot known about the cause of vitiligo, much research remains underway in the hopes of creating better treatments. One promising new treatment emerging today is Janus Kinase (JAK) inhibitors.

Here’s what you need to know about JAK inhibitors, why this research is so groundbreaking for vitiligo, and how the treatment is being studied today.

What are JAK inhibitors and how do they work?

As a reminder, vitiligo is an autoimmune disease that results in the body attacking melanocytes, which are cells that give the skin its color. In vitiligo, JAK proteins are responsible for sending the signals that tell the immune system to attack melanocytes. JAK inhibitors prevent the JAK proteins from doing this – therefore preventing the immune response that causes vitiligo.

This is exciting news because this treatment is more targeted compared to current treatments. As a targeted therapy, this means JAK inhibitors focus on stopping one part of the immune system but does not turn it off entirely. This is important because by just shutting off a small component of the immune system – the part that causes vitiligo – the body is still able to fight off infections.

How have JAK inhibitors been used in vitiligo treatment?

Here’s a look at each treatment and how it’s being tested for the treatment of vitiligo.

Tofacitinib (brand name Xeljanz) is an FDA-approved oral medication for the treatment of rheumatoid and psoriatic arthritis. The rationale for using tofacitinib in vitiligo is because it targets two of the JAK proteins (JAK1 and TYK2), including the ones that are specifically responsible for vitiligo.

A 2015 case report showed successful repigmentation in the hands and face of a patient with vitiligo treated with tofacitinib. Other studies have suggested that tofacitinib treatment for vitiligo may require light exposure. However, unlike current treatment of vitiligo with phototherapy, low-level light (i.e. sunlight) may be enough to maintain the pigment when combined with a JAK inhibitor.

Ruxolitinib (also known under the brand name Jakafi) is another FDA-approved JAK inhibitor currently used in the treatment of polycythemia vera and myelofibrosis, which are cancers of the bone marrow. Ruxolitinib also targets two JAKs, including JAK1, which is involved in the development of vitiligo.

Results from the 52-week phase 2 clinical trial testing  revealed promising data. Ruxolitinib 1.5% cream provided significant repigmentation in facial vitiligo. Specifically, the study showed that treatment with the highest dose of ruxolitinib cream resulted in over 50% improvement from baseline in the treatment of facial vitiligo. Patients also saw improvement in non-facial areas. Most patients enrolled in the study had been on other prior treatments without satisfactory results. Currently, ruxolitinib is in a phase 3 clinical trial with Incyte Pharmaceuticals for use as a topical treatment for vitiligo. Phase 3 clinical trials specifically test new treatments in a larger number of patients, typically to get FDA approval.

Next steps for vitiligo treatment with JAK inhibitors

There’s still much to learn about the role of JAK inhibitors in the treatment of vitiligo. Although current data is encouraging, larger studies are still underway to assess the effectiveness, safety and long-term results of this new but promising therapy in patients with vitiligo. Following phase 3 testing, Incyte may seek FDA-approval to market ruxolitinib for medical treatment of vitiligo. 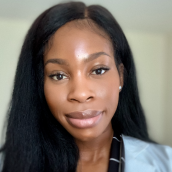 Ndidi Enwereji is a medical student from Washington, D.C. She is interested in inflammatory skin and hair disorders, advancements in care for skin of color and health equity. In her spare time she enjoys caring for her plants, hiking and spending time with friends and family. She can be reached at ndidi.enwereji@gmail.com.

7 Tips for Choosing (and Applying) the Best Sunscreen for Vitiligo