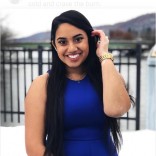 Deepa Mistry is a college student from New York studying…

Is vitiligo an autoimmune disease? Although only confirmed by scientists in the past decade, the answer is yes – and here’s what you need to know.

What is an autoimmune disease?

According to Web MD, an autoimmune disease occurs when the body attacks and damages its own cells due to over-activity of the immune system. Today about 50 million Americans have one of the more than 100 autoimmune diseases that includes Crohn’s, celiac, rheumatoid arthritis, vasculitis, and vitiligo.

So why is vitiligo an autoimmune disease? In vitiligo, immune cells attack melanocytes, which produce the skin pigment melanin. When the immune system kills melanocytes and thus eliminates pigment production, the skin takes on a pale white color. About 2-5 million people in the United States have vitiligo, which is known to affect 1% of the world’s population. How or why the immune system attacks melanocytes or why those cells are targeted remains largely unknown in the scientific research community.

“Although vitiligo is an autoimmune disease, there’s a lot more to the disease that needs to be better understood, and investigations are continuing,” said Dr. John Harris, a dermatologist and physician-scientist who is also the director of the University of Massachusetts Vitiligo Clinic and Research Center.

While there are many unknowns surrounding vitiligo on a cellular and molecular level, there is one confirmed fact about having autoimmune diseases: if you have one, you are more likely to get another. This simultaneous presence of two chronic diseases or conditions is known as comorbidity.

“If you have vitiligo, you have a higher risk for getting another autoimmune disease because your genetics make the immune system strong,” explained Dr. Harris in a recent by the University of Massachusetts Vitiligo Clinic and Research Center. “Of the 50 or 60 genes [involved with vitiligo], 50 to 55 are immune genes. When [the immune system] overreacts, it causes autoimmunity.”

As a result, vitiligo patients have a 15-20% higher chance of developing Hashimoto’s thyroiditis, or hypothyroidism, which causes an underactive thyroid gland. In a study published in the Journal of the American Academy of Dermatology by Dr. Iltefat Hamzavi, dermatologist and senior staff physician at Henry Ford Hospital, the prevalence of comorbid autoimmune diseases in 1,098 patients with vitiligo was reported to be 20% of the tested population with the highest prevalence for thyroid disease, which affected 12.9% of the population. Other identified comorbid autoimmune diseases included alopecia areata, inflammatory bowel disease, pernicious anemia, and systematic lupus erythematosus.

How to screen for additional autoimmune diseases

If you have vitiligo, it’s important to screen for additional autoimmune diseases. According to the American Autoimmune Related Diseases Association (AARDA), this includes knowing your family’s autoimmune medical history and keeping a list of symptoms. In addition, you should talk to your doctor about your vitiligo and interest in screening for additional autoimmune diseases, particularly Hashimoto’s thyroiditis. Your doctor may choose to order routine bloodwork to ensure proper thyroid, vitamin, and mineral levels.

Find additional diagnosis tips and resources on the AARDA website at https://www.aarda.org/who-we-help/patients/diagnosis-tips/. 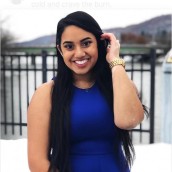 Deepa Mistry is a college student from New York studying biochemistry and economics who finds her vitiligo to be a blessing in disguise. What used to be a burden has now become a pillar of strength and she hopes to inspire others to find content with their vitiligo. She enjoys writing and dancing.

What You Need to Know About JAK Inhibitors, an Emerging Vitiligo Treatment

5 UPF Clothing Brands to Protect Your Skin from the Sun

Why You Need to Wear Sunscreen If You Have Vitiligo

How Having a Pet Can Help You Cope with Vitiligo