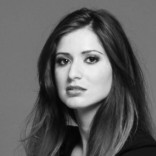 Tiffany Posteraro Grant is a New York based entrepreneur and…

7 Life Hacks for an Easy Breezy Summer with Vitiligo

Having just spent three legendary days at the World Vitiligo Day Conference in Massachusetts, I was feeling recharged, powerful and inspired to face the world. Surrounded by a community of people with vitiligo, I felt like I belonged – and that anything was possible. So when I finally reached my home in Brooklyn, I was surprised by what happened next.

Running up the steps to my city stoop, I unlocked the door and found my two dogs waiting for me with pure excitement. Heading back downstairs for a walk, corgis by my side, I stepped outside and took a look around at the busy streets of Brooklyn. There were people sitting at the bar next door, people walking their dogs, people pushing strollers, and cars racing by.

In that moment I had the overwhelming realization that it’s only me again. I am alone with my vitiligo on the busy street of Brooklyn. I instantaneously burst into tears. I was sobbing outside my apartment with my dogs in hand. My heart was broken. I felt broken.

If this weekend was so amazing then why was I starting to feel so sad?

I never thought I’d be in a room with 300 people who had in some way been effected by vitiligo – and yet that’s what I found at World Vitiligo Day. I was surrounded by people walking the same journey as me. I spoke with people who shared the same experiences as me. I connected with people who so deeply understood me. I stood among family, friends, advocates and dermatologists who knew our pain and were there to support our future.

For one of the few times in my life, I was not the odd person out. I was not the weird girl with the white spots. In fact, if you attended the conference and you didn’t have vitiligo, you were the one outnumbered. For three short days, I was finally just like everyone else – I was normal.

I don’t think I realized how much that meant to me until it was so quickly gone again. Standing on that street in Brooklyn, I realized I had to quickly accept all over again that this is my life. I am living with the auto-immune disease vitiligo. I am the odd one out.

Most importantly, I will remember that I am part of the 1% and while that number feels small and lonely, it means that there are thousands of other people out there who are walking this same path with me. That’s what World Vitiligo Day showed me – and that’s the knowledge I hope to carry with me. 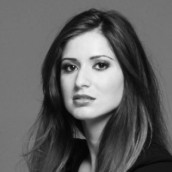 Tiffany Posteraro Grant is a New York based entrepreneur and owner of Perfect Penguin Consulting, a digital dating consultation company. In her free time, she enjoys fitness, reading and time spent with her husband and two corgis.

7 Life Hacks for an Easy Breezy Summer with Vitiligo